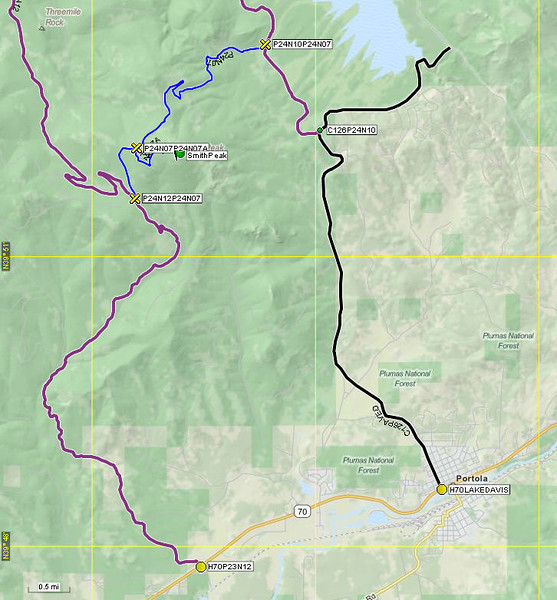 There are two routes from Highway 70 to Smith Peak and either one can be driven with a 2WD vehicle IF there is no snow on the roads. On this day there was snow, so I rode my ATV up the western route (Plumas NF road 23N12 which is dirt but well maintained) since it approached the summit from the south. South facing slopes will almost always have less snow than north facing slopes, and this proved to be the case today. It was approximately 9 miles from Highway 70 to the top. The eastern route is probably quicker in the summer since much of it is along the paved Lake Davis Road from Portola.